The Event Academy is the UK's largest provider of vocational event management training. When launching a new website Tilious was brought on board to help accelerate growth and reach a wider audience in an already saturated PPC market.

The goal was to restrict searches to only the most relevant keywords while simultaneously increasing clicks by focusing on improved ad messaging.

Rather than continuing to expand the Google Ads account with ever less relevant keywords, which was slowing eroding overall performance, the strategy was to drive more clicks and leads from fewer searches. This may sound counterintuitive but by focusing on customer needs the aim was to encourage a larger proportion of searchers to click-through to the Event Academy website.

The following tactics were key drivers of PPC growth for the Event Academy: 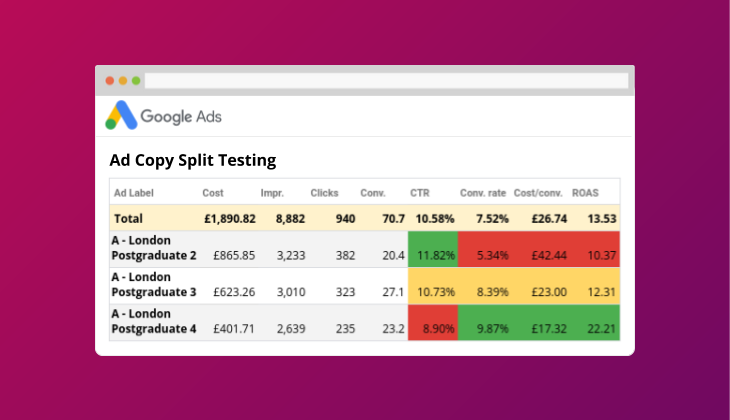 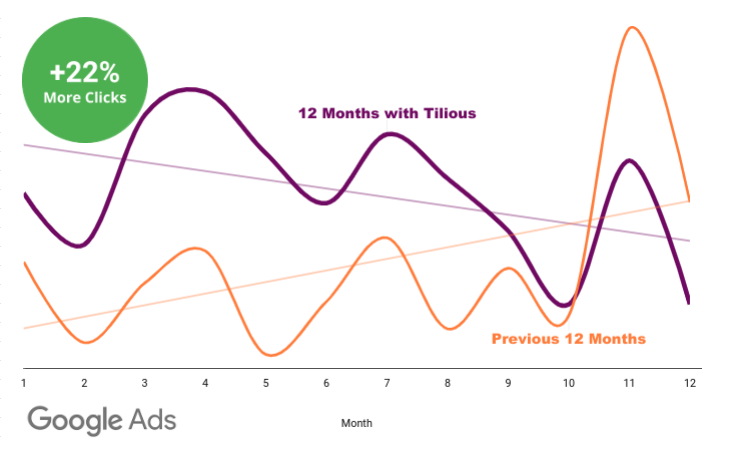 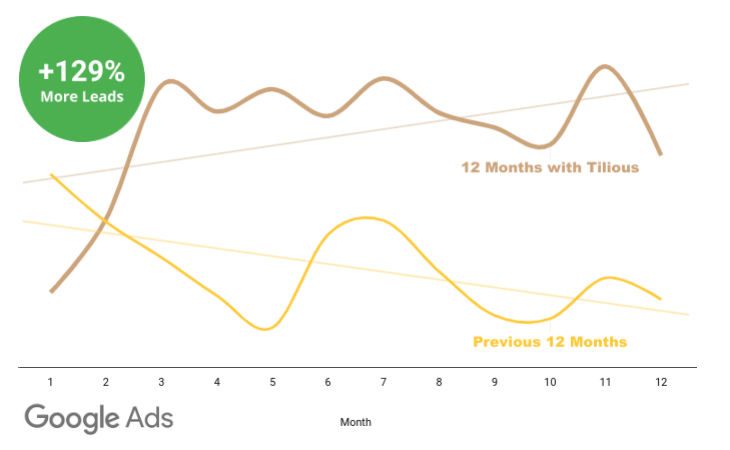 Leads, which were primarily brochure downloads, saw a more dramatic improvement rising +129% and resulted in +2,535 additional prospective customers for the business.

More commonly increased exposure in a saturated market means increasing bid amounts to achieve higher ad positions and in turn increasing the CPL. However, by focusing on the right audience conversion rates rose from 11% to 21%, an +88% increase, despite a more modest increase in clicks.

The Event Academy is now one of our longest standing clients, having been with Tilious for six years. Having seen a strong return in year one, the Event Academy invested in our SEO offering from year two and continue to use both SEO and PPC services to this day. We're very proud to have delivered six years of consecutive growth across both organic search and paid search channels.

The key to success across both SEO and PPC for the Event Academy has been to align what they offer with how people are searching. Using content and advertising to educate first and sell second prospective customers become more receptive, the sales process is streamlined and the business benefits.